You may not control all the events that happen to you, but you can decide not to be reduced by them.
- Maya Angelou, Letter to My Daughter

When I was born, I was immediately handed off to my grandmother for safekeeping. I was legally adopted by my grandparents shortly after. My mother was young, sixteen years old, and wasn’t ready to raise a child. That’s what I assume anyway. We didn’t talk much. Despite her easy access to me, we never really spent time together. I’m not sure if that was her doing or my grandmother’s (their relationship is still a mystery to me, but I understand that my mother was a rebellious and head-strong individual. She caused problems in her classes and was even sent to juvie one time. Being that I never heard her side of any story, I say these things without judgement).

​My mother was mentally ill. This is obvious now, with my adult eyes and understanding. My maternal family has a history of mental illness. Depression in particular. Depression affects you in many ways. My mother never got help to deal with her illness. She died two years ago, and I still don’t know how. I felt numb at her funeral. I felt almost nothing for her, and that was scary. How can someone be so detached from their mother? Society tells us to love our mothers. But I can’t say I loved her, because I never knew her. Not in the way children are supposed to. 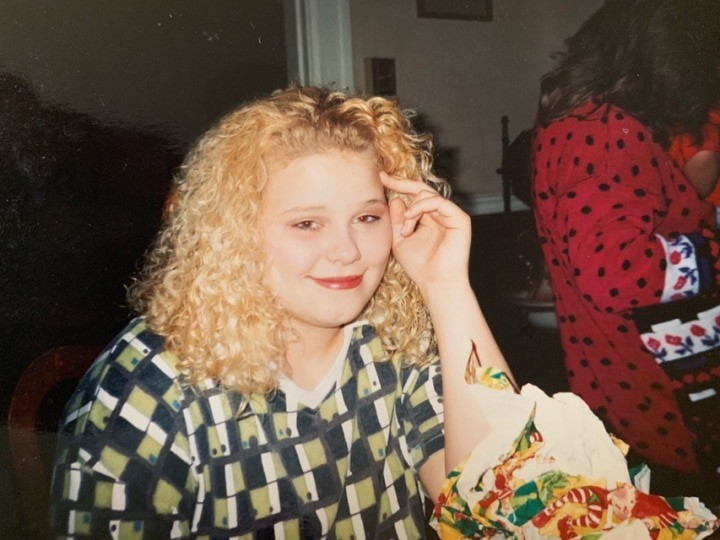 my mother, age 16
This story isn’t just about my mother. My grandmother and my aunt are the most important figures in my life. They are the ones who raised me. My aunt was fourteen when I was born, and she was the one babysitting me while my grandparents were at work. Her children, my cousins, feel like my siblings because we grew up together. My grandmother raised me as her fourth child, I call her Nanny but I know she thinks of herself as “mom”. I think of her as mom. My aunt and I joke that she’s my “sister-aunt.” Labels be damned. Someone can be labeled as grandmother and feel like a mom; someone can be labeled as aunt and feel like a sister. 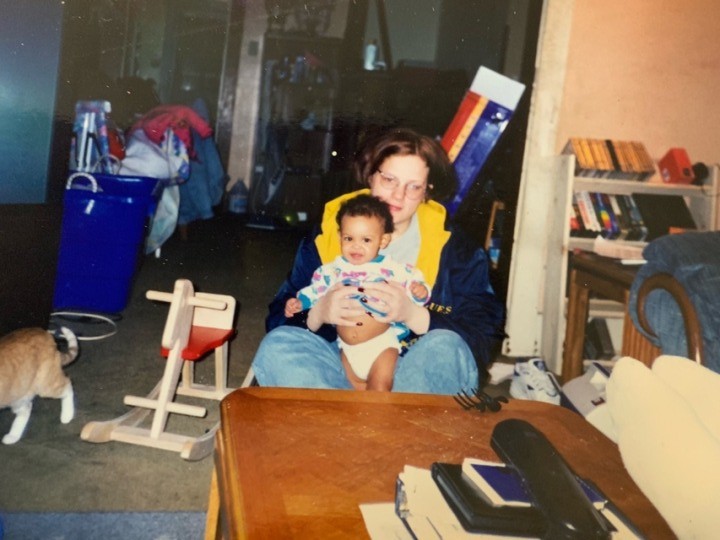 my aunt (and me), age 14
​Our mothers have such a profound impact on us. It’s amazing, really, how I never knew her and yet this ghost of her exists around me. Despite the fact that a child being raised by their grandparents is not a new thing, other kids don’t always understand. In elementary school I always defaulted to saying my mom instead of grandmother to make things easier. Labeling my grandmother as such made it easier for others to understand the relationship. It also made it easier to fit in with my peers, who I assumed had “normal” family dynamics.

If I’m being honest, I wouldn’t change how I was raised. I love my Nanny and my aunt so much. Who knows if I’d be as close to them as I am now? I wouldn’t give those relationships up for the world. Even though she’s no longer here, I wish my mother all the best. I was confused, upset, angry, and indifferent with her for such a long time. I can’t change the past. So I’ve decided to look to the future, and leave my mother behind. I thank her for bringing me into this world. I thank my Nanny and my aunt for raising me in it.